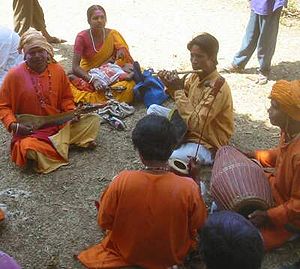 UNESCO announced this month that three Indian elements were among the 46 inscribed on the Representative List of the Intangible Cultural Heritage of Humanity. But why didn't it make any noise? Why did no one notice it?

Anyway,  three Indian performing-art forms that have been inscribed are the Mudiyettu, a ritual theatre of Kerala; the Chhau dance, a tradition from eastern India; and the Kalbelia folk songs and dances of Rajasthan.

UNESCO's Intangible Cultural Heritage list goes beyond monuments and collections of objects. It includes traditions or living expressions inherited from our ancestors and passed on to our descendants, such as oral traditions, performing arts, social practices, rituals, festive events, knowledge and practices concerning nature and the universe or the knowledge and skills to produce traditional crafts.

None of these art forms are endangered as yet. That's why they are on the Representative List as of now. But they might make it to the other one, called the List of Intangible Cultural Heritage in Need of Urgent Safeguarding, if steps are not taken.

Chhau is an integral part of the culture of communities in the Seraikella, Purulia and Mayurbhanj regions. It binds together people from different social strata and ethnic background with diverse social practices, beliefs, professions and languages. But it might disappear sooner than later. Increasing industrialisation, economic pressures and new media are leading to a decrease in collective participation with communities becoming disconnected from their roots, says UNESCO. As are the Kalbelia songs and dances and the Mudiyettu ritual theatre and dance drama.