Government and Its ever-increasing Organisations

Recently there was news that a high-level meeting convened by Prime Minister Manmohan Singh decided to set up an autonomous Nuclear Authority of India to address people’s safety concerns.  The proposed Nuclear Regulatory Authority will be an autonomous body answerable to Parliament. It will subsume the Atomic Energy Regulatory Board. The government will introduce a Bill to this effect in the monsoon session of Parliament.

I somehow find that this decision is weird. There is already a body called Atomic Energy Regulatory Board (AERB). Now, what is the reason for a new body? The President of India constituted AERB on November 15, 1983 by exercising the powers conferred by the Atomic Energy Act to carry out certain regulatory and safety functions under the Act. AERB derives it authority from the rules and notifications promulgated under the Atomic Energy Act and the Environment (Protection) Act, 1986. 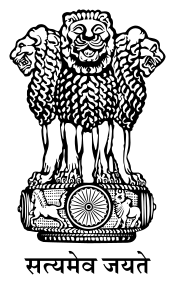 If there already was a body called AERB which was looking after the various aspects of Nuclear Energy, then why is it necessary to create a new authority. There is no need for a new body and complicate things. If there were some lacunae, then rather than forming a new body altogether modify the regulations governing the AERB. Why set up a new body? Is it going to help? No, I do not think so. There is need to empower the current body rather than quashing it and forming a new body.

This is not the only example. After 26/11 attack, government set up a Multi-agency Centre that seeks to unify and analyze intelligence coming from different sources and channels. Why is it needed – an all-new agency? The problem identified was that there was no coordination among various intelligence organisations, CBI and Police force. The solution provided was setting up an all-new organisation.

Rather than empowering the current set up, the government tends to create new set ups and confusion when it is possible to make things better with the existing set ups also. I fail to find the logic.