Minting and Issue of Coins 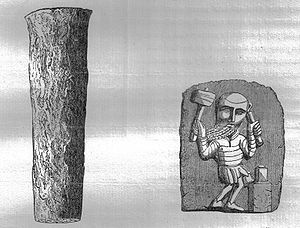 The responsibility for coinage vests with the Government of India in terms of the Coinage Act, 1906. The government has the sole right to mint coins.  Government of India is also responsible for the designing and minting of coins in various denominations. The Indian Government operates four mints in the country to produce coins. They are located at:

Commemorative coins are made at Mumbai and Kolkata. Kolkata has the facilities for making medallions too. The NOIDA mint was the first in the country to mint coins of stainless steel.

The coins are issued for circulation only through the Reserve Bank in terms of the RBI Act.

Identification of Mints from the Coin

The Kolkata Mint -  Kolkata mint has no mark under the date of the coin (year of issue).

The Noida Mint - Noida mint has a dot under the year of issue (coin date). Stainless steel coins started from here.

Coins in India are presently being issued in denominations of 10 paise, 20 paise, 25 paise, 50 paise, one rupee, two rupees and five rupees. Coins upto 50 paise are called 'Small coins' and coins of Rupee one and above are called 'Rupee Coins'. Coins can be issued up to the denomination of Rs.1000 as per the Coinage Act, 1906.

Coins are received from the Mints and issued into circulation through its Regional Issue offices/sub-offices of the Reserve Bank and a wide network of currency chests and coin depots maintained by banks and Government treasuries spread across the country. The RBI Issue Offices/sub-offices are located at Ahmedabad, Bangalore, Belapur (Navi Mumbai), Bhopal, Bhubaneshwar, Chandigarh, Chennai, Guwahati, Hyderabad, Jammu, Jaipur, Kanpur, Kolkata, Lucknow, Mumbai, Nagpur, New Delhi, Patna and Thiruvananthapuram. These offices issue coins to the public directly through their counters and also send coin remittances to the currency chests and small coin depots. There are 4422 currency chest branches and 3784 small coin depots spread throughout the country. The currency chests and small coin depots distribute coins to the public, customers and other bank branches in their area of operation. The members of the public can approach the RBI offices or the above agencies for requirement of coins.

Measures to improve the supply of coins

Appeal to the Public

The Bank, with active co-operation from various agencies, has been endeavouring to distribute the coins in an equitable manner to all parts of the country. The mission cannot be successful without unstinting support from the people at large and the various voluntary agencies. Members of public are requested to avoid holding on to coins and instead, use them freely for transactions to ensure that there is a smooth circulation of coins. Voluntary agencies are requested to educate the public about the various facilities available in their areas for distribution of coins, exchange of soiled notes and proper handling of notes.