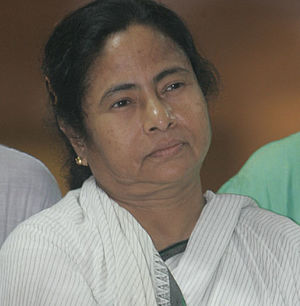 Yesterday, I read a news with the same headline. Mamata Banerjee was on its way to Writers' Buildings from her Kalighat house in her black Santro car when traffic police stopped other vehicles. The CM asked her security and police personnel not to stop other vehicles and that her car will follow traffic signals like others.

Her car strictly followed signals. She also said that she will not use an official bullet-proof car as she do not want to spend so much public money on her safety.

Nice idea. This is a good step forward. Hope to see her marching and making WB march towards the path of development.