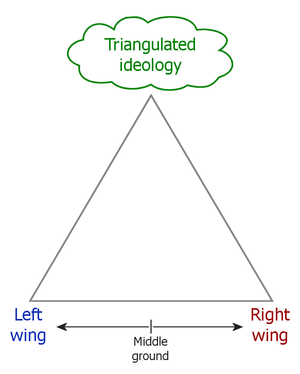 The other day while reading “India after Independence” by Bipan Chandra, I was overwhelmed by thoughts about India and its politics. Soon I was thinking about my political ideology and myself. I have always been confused about this and my opinions in favour of any political ideology have been very frail and feeble. I have always been unsuccessful in deciding which ideology interests me and since the day I have started understanding politics I have been indecisive about my political loyalty.

While discussing various issues in different fora – online and offline – I have come across people who subscribe to a particular ideology and are religiously loyal to a particular political party. There have been people whom I can easily term as ‘fanatics’. They fail to understand that there can be difference of opinions and go a little far from civilized form of discussion.  What I fail to understand is that when we say nothing in this world is perfect, how a person can form his political ideology based on a single direction given by that ideology and how a person can be truly loyal to a single party and follow its ideologies under any situation. Daily I receive several threatening and abusive comments on my blog. Thanks that I have the power to moderate and trash such comments.

Now, coming back to the question of my ideology, I am still confused on this subject. Rather I have reservations on subscribing to a single political ideology. People say that ideological subscription changes with time. There is a saying, “If you are in your twenties and are not a communist, you don’t have heart. And if you are in your thirties and still a communist then you don’t have brains.” I will soon past twenties and will be in my thirties but still I do not know whether I am a communist or not. Therefore, whether I have my heart and brain at right places is a question of medical examination as well. J

These ideological questions may be still unclear; however, I am clear about what I expect from the political leadership of the country. They may have any ideological background but the focus of all of them should be the same. They should show progressive leadership that can keep the nation consolidated and combat the fear and challenges posed by questions of poverty, diseases, inequality, social backwardness, gender and caste discrimination, caste prejudices, social oppression, honour killings, female infanticide, starvation, corruption, pollution, environmental catastrophe, disparities of wealth and poverty, criminalisation of politics and any force that may be detrimental to the nation and makes people less optimistic and more fragmented – socially, economically and politically and thus end the torrent of wretchedness.

Having said all this I think I subscribe to the theory of progress of nation. Can it be called ‘Nationalism’?