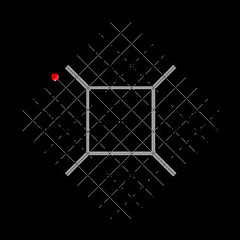 We have been for long talking about changing the role of the government from being the regulator to that of a facilitator. It is impossible for the government and its administrators to handle the role of a regulator successfully. Therefore, Indian bureaucracy, which have people selected through one of the toughest exams and who boast of great knowledge and ability, are overburdened. This burden can be reduced if we make them the facilitators and not the regulators. Thus, they will be able to use their knowledge and ability in the right direction.

There is a scheme suggested by Finance Ministry of the alternative solution to PDS system. I would like to implement that. It is based on practical thought and behavioral economics. If you want details then read Chapter 2 of Economic Survey 2009-2010.

In India, we discuss about the bad situation of sports other than Cricket. I would like to implement the strategy used by administrators of cricket to bring it to the fore for other sports as well. A private club consortium structure for all the sports body will be the first step towards that goal and the government will provide tax benefits to the body. The government will act as a facilitator by running stadiums and giving them to these bodies on annual rent.